There is nothing noble in word warfare. It’s the dirty tricks playbook from Agitation to Zeal, dripping poison into the wells of popular dissent and intoxicating constructive debate with words of division, hatred and conflict. It’s been around since man gained use of words, and is now facing its greatest opponent: the unification of the ongoing protests under a single message. The PTB are not worried about the warm bodies congregated in protest, that’s just crowd control. What scares them is the unpredictable meme stew bubbling in the protestor’s word cauldron cooking up a killer meme impossible to contain.

For a bunch of people to join in protest there must be some sort of cohesive force or attraction at play, a mutual interest or need that creates spontaneous phenomena outside the ordinary social order. What is different about the OWS protests, as with the preceding 15-M movement in Spain, is that the groups coalesce not around a slogan but around a shared feeling of discontent that focuses on many different facets of the same underlying problem. This mosaic of messages is the meme stew, brought to a simmer by the physical exchange between protestors, patiently stirring and waiting for the word to emerge from the alchemy of the collective mind.

But the war of the words is raging far beyond the vanguard of protestors at the front lines. This is not a drill, this is all-out war for command of the message and the hit teams are already in full perception management mode to deflect or coopt the words coming from the OWS. The mainstream media with its usual kneejerkoff labels, the politico machinery trying to “build on” the protests, the whining shills and the planted fifth columnists like the one in the photo below (go gals!) are hard at work filling the battlefield with smoke and noise to shroud the unity of the protesters under the illusion of division. 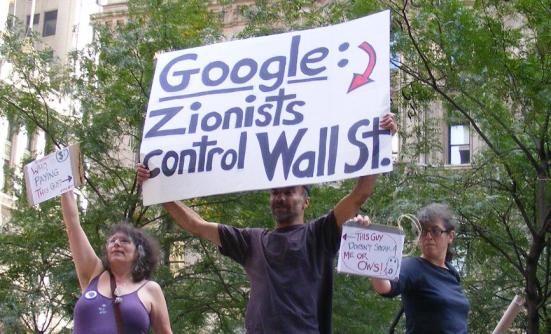 skirmishes on the battlefront

Meanwhile, protest supporters worldwide fight back, flooding the net with words of support and opinions about what the message should be or if there should be a message at all. Some like Adam vs. the Man feel that some of the protestors are clueless at best and suspect at worse (and provides some pretty damning video to back his claims), while others decry the involvement of unions or the lack of Endthefedders and Ron Paul supporters. Max Keiser supports reinstating the guillotine and high interest rates. Zen Gardner says “We’re Here… We’re Unclear… Get Used To It!”

Sooner or later, some sort of words will be needed to focus the protest momentum, or it will simply come to a standstill for lack of the specific, realistic and verifiable objectives that every project needs. OWS is a good rallying cry, but now that Wall St. is occupied, the movement must do that which defines it: keep moving. All the warm bodies in the front lines are demanding to be heard, and the entire world is listening, but what we’re picking up right now is noise, interference and hiss drowning out the OWS signal. Which is a shame because there are plenty of folk occupying Wall St and elsewhere right now that have plenty to say and know just how to say it, but they do not speak for the protest as a whole.

Of all the words I have seen offered to the OWS protestors, there were some which resonated with the timbre of truth –that solid & genuine ring like a Silver Eagle spinning in the air– courtesy of Judge Napolitano on his Freedom Watch show. Now, I like the Judge because he defends my natural rights, which is more than I can say of most judges, and I believe he is honest in his views and refreshingly blunt in his choice of words. His suggestion for the OWS is a 3-point list of demands:

This list is perhaps the most comprehensive distillation of the protest meme soup that can be fit in nine words. Each one is a demand, but also a talking point and a specific and verifiable objective. Most importantly, they are all SOLUTIONS to the bigger problem, lined up like dominoes ready to topple.

And they are all true, in a self-referential sense. If the Fed goes, the fractional reserve debt-based “funny money” goes. Without the funny money, the obscene cost of war cannot be maintained; and without the obscene cost of war, the illegal and unconstitutional income tax on American citizens (but not corporate “persons”) can be abolished and there will still be oodles of money to spare. Boom! Killer soundbite alert!

The timbre of truth is to black memecraft as sustained high notes are to crystal cups. Falsehoods shatter at its sound, no matter which words are used to express it. In the end it is not the words that move millions, but the timbre at which they resonate in the collective consciousness. As the fat lady grimly belts out her closing aria, the gnashing and wailing of the banshees will continue to grow in frantic crescendo until that one final true note is hit and sustained. Only then will we witness the prison palace of lies crumble before us, and we will look upon their mighty works and weep. 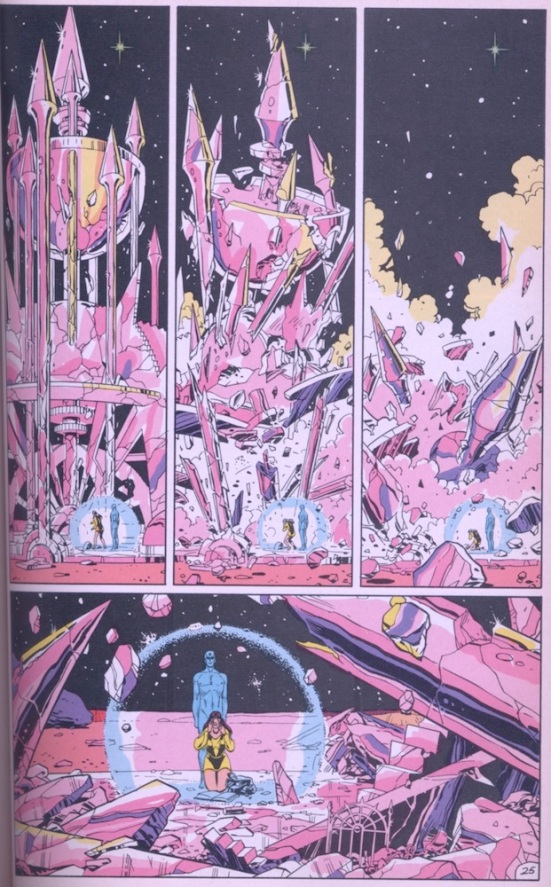 3 thoughts on “War of the Words II: Black Memecraft Vs the Timbre of Truth”