It seems hard to believe anyone was actually surprised at the news of kingospain’s abdication. I mean, c’mon, just look at the guy, he looks like death warmed over. Heck, even national TV had a “secret” content tag on its website called “abdication of the king”. This blog has been announcing the end of the old pachyderm-slayer’s service to the crown corp for two years now, for example here and here, so more than surprised, we’re just glad that Johnny has done the Walker, that’s a first step in the right direction.

Let it be said in all fairness that the old goat served the corporation well. He took the helm in adverse conditions and weathered the storm to anchor the vessel of state to the placid waters of democrazy, where it has gently swayed left and right for the past thirty-five years, making the crown powerful again in a very understated and opaque manner beneath the democratic radar.

He produced a functional heir to succeed him, prince Philip, known to his classmates at Georgetown U as Flip, a regal specimen as far as Bourbons go, standing a full 6 foot 7 inches, Law degreed, served in all three military branches, having defeated the Lannisters and the Starks in clean battle and groomed down to the last pore in his body to sit upon the Throne. A man and his destiny. A new CEO for the old crown corp.

We know everything about Flip (never killed an elephant, doesn’t even like hunting, doesn’t smoke, is a good dad, has no known vices, not even hidden ones, and is as solid as a stool) except the only thing that matters: what kind of a king he’ll be, and how he’s going to deal with the country’s problems right now as Head of State.

The Catalan question is going to be particularly interesting with the new king Flip 6. On one hand, the last king named Philip (the V) was the one that razed Barcelona 300 years ago in the War of Secession… bad connotations. But on the other, Flip was until now Prince of Asturias and of Girona (the second city of Catalonia), and he learned to speak enough Catalan to stand up and give an entire part of his speeches in this language which, as future king of all Spaniards, is also his. Which as far as I know is a first in the history of Bourbonic monarchs; a small detail, but significant and of high symbolic import.

As Head of State, Flip 6 is going to have to make some hard choices, and soon. If he makes the right ones, he can save his crown and maybe even the territorial integrity of his kingdom. If not, the situation is just going to keep festering and end badly for all. If he really wants to be the king of the Spanish people he’s going to have to do something more than give speeches and meet with dignitaries. Right now, the streets of Spain are filled with jubilant republicans demanding a popular vote on the abolishment of the monarchy, which seems reasonable from a democratic point of view and has in fact happened before, when Flip’s great-grandaddy was sent packing to Portugal by referendum in 1933. It will be interesting to see if the coronation is met with as much popular enthusiasm as the abdication was. 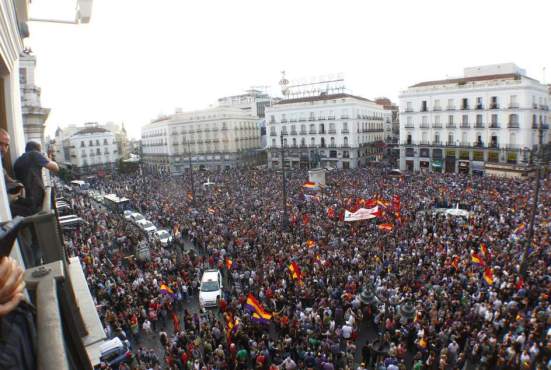 Republicans in the Plaza del Sol of Madrid, with the flag of the Spanish Republic (bottom band purple instead of red)

It’s going to be hard for the new king to gain legitimacy by birthright alone. His father can claim to have stood by the people during the failed coup in 1981; what is Flip going to claim? Will he be brave enough to allow a referendum on the corporation he is now entrusted to steer, knowing there is a very real chance of losing it? Will he have a choice in the matter?

His father symbolized the hope of democracy after forty years of dictatorship. Today, over three decades later, the corrupt democratic sham is as widely despised as Franco’s regime was, maybe more. The timing of the abdication is significant in that the levels of social unrest are even higher than they were at the end of the dictatorship, involving wider swathes of the population with varying ideologies. Back then it was clear that the regime had to end and some some of participative democracy had to take its place, but now that the faux democracy has failed, no-one knows where to turn. The recent elections to the EU parliament show voters (ie those 4 out of 10 citizens who actually bothered to vote) abandoning the traditional parties like frat boys when the keg runs dry and running to the alternative parties which are tapping a fresh one, but few if any of these political formations is going to make changes of substance that may threaten their newly gained power. So we’re left stranded on the end of the democratic era, with protests and riots in the streets, rampant poverty, shameless corruption, an imploding democratic charade, chunks of the country trying to secede, a debt load of almost the entire GDP and the international banxter cartel running the whole show from behind the scenes.

Time to bring out the Flip. See if he’s the man this country needs, or the one it deserves. 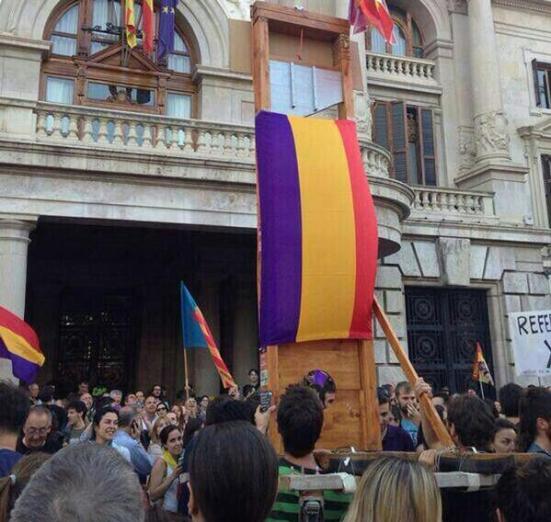 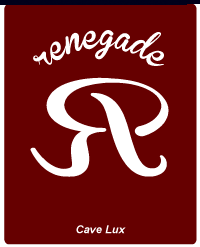